An overview of the project

Since the discovery of the accelerated expansion of the Universe, major space- and ground-based experiments have been designed to measure cosmological parameters, including the current expansion rate of the Universe, the Hubble constant (H0). Late-universe methods to measure H0 include the cosmic distance ladder (requiring Type Ia supernovae and Cepheid stars), water masers in a handful of nearby galaxies, and gravitationally lensed quasars. The early-universe probes include the Cosmic Microvave Background (CMB) and Baryon Acoustic Oscillations (BAO). Combining independent measurements of H0 in the late- and early-universe, respectively, now yields a tension over 4σ (i.e., the probability that they are compatible is less than 1 in 16 thousand).

The need for an independent measurement of the Hubble constant within 2% is now vital to rule out the possibility of systematic errors, and to verify this tension as real and unexplained by our current models of cosmology. This is the goal of COSMICLENS, using the time-delay method in gravitationally lensed quasars. Each lensed quasar yields an independent measurement of H0, but requires several detailed steps, which we separate into the following work packages (WP):

The power of time-delay cosmography relies on the time delays between quasar images scaling inversely with the Hubble constant (H0). Therefore it is crucial to minimise the fractional uncertainty of the measured time delays. Unfortunately, many systems have short time delays and the error budget on the H0 inference can be dominated by the time delay uncertainty (as is the case for two of the five well-studied H0LiCOW quadruply-imaged quasars). A major contribution to the time delay uncertainty comes from the extrinsic variation due to microlensing by stars in the lensing galaxy. These variations must be disentangled from the true source quasar variations. Previous observations every few days over ~10 years have measured time delays to ~5% precision.

However, it has recently been demonstrated that daily observations with high signal-to-noise can lead to 2% precision time delays within a single observing season. This deep, high-cadence strategy overcomes the problems from the long-term, smooth microlensing variations by detecting intrinsic short-term, small-amplitude features in the quasar lightcurve. COSMICLENS uses several telescopes to measure these delays including the 2.56m VLT Survey Telescope, the MPIA 2.2m telescope, and the Swiss Euler telescope, with the aim of measuring 50 lensed quasar time delays each to 2% precision.

Lensed quasar time delays are set by cosmological parameters, geometry, and the lensing mass distribution. Once the time delays are measured, any inference on cosmological parameters relies on creating a realistic model of the true mass distribution. Galaxy mass distributions are far from simple however, with a baryonic component embedded within an invisible dark matter halo, with distributions depending on the complex growth history of the galaxy. Current lens modelling techniques model the lensing mass as an analytical profile, perhaps leading to biases, or, as a regularised pixel-based profile, possibly allowing too many degrees of freedom.

This COSMICLENS work package will focus on a new lens modelling approach based on the fact that galaxy mass distributions are sparse in an appropriate space, i.e. any galaxy mass profile can be well-represented by the combination of only a few basis profiles. Such an approach allows for a more physically motivated lens mass representation. Furthermore, the use of sparse basis sets can also be applied to the light distribution of the source quasar host galaxy. Finally, this work package will be closely tied to the results of Work Package 3, as these models will be blindly tested on mock lensed systems with known density profiles and cosmological parameters, in order to identify any systematic biases in the modelling process.

Detailed Study of the Lensing Degeneracies

Each lens model is constrained by fitting the multiple quasar positions and the lensed quasar host galaxy light distribution. This is done with high-resolution imaging from the Hubble Space Telescope (HST) and/or ground-based adaptive optics imaging. However, there always exists a family of models that can reproduce the data, each leading to different cosmological inferences. This degeneracy can be broken with independent constraints on the lens mass (i.e. from kinematics), however the current methods linking mass and kinematics may introduce biases larger than the statistical uncertainty when eventually combining 50 lenses.

COSMICLENS is shedding light on these biases by analysing realistic mock lensed systems. This involves ray-tracing through state-of-the-art cosmological hydrodynamical simulations, and subsequently creating mock data sets mimicking those currently obtained from HST. Most importantly, the true mass distribution and kinematics are known for these mock lenses. The analysis of these mocks will show how important each dataset is for accuracy and precision in lens modelling, thus informing our future follow-up plan.

The time-delay cosmography method was proposed in 1964 by Sjur Refsdal, fifteen years before the first example of lensing was discovered. Refsdal originally suggested measuring time delays in lensed supernovae, however, in the following years quasars were realised to be a more common example of a variable source. By the mid-1990s, around 20 examples of lensed quasars had been discovered. During the late 1990s and 2000s, dedicated lensed quasar searches in the radio (JVAS/CLASS) and in spectroscopic quasar samples (SDSS), increased the number of known lensed quasars to over 100. However, only some of these lensed quasars are powerful probes for time-delay cosmography, depending on many factors including number of images, brightness, length of time delay, and even position on the sky.

Only in the past few years has deep optical imaging of the whole-sky become available, thanks to surveys such as Pan-STARRS, the Dark Energy Survey, and Gaia. COSMICLENS uses these all-sky datasets and a variety of techniques (including spectral energy distribution comparison, multi-band pixel-modelling, and machine learning) to discover the remaining bright lensed quasars. The best of these new systems will be monitored (through Work Package 1) to reach our goal of 50 time delays, each to 2% precision.

TDCOSMO. I. An exploration of systematic uncertainties in the inference of H0 from time-delay cosmography, arXiv:1907.04869

Presentations, videos, and talks for the general public

How to astronomers measure the expansion rate of the Universe, otherwise known as the Hubble Constant? One method is to use gravitational lenses and the measurement of time delays between multiple images of quasars that are billions of light years away. This short video from EPFL's Astrophysics Laboratory explains how it works.

Click here to watch a video of how gravitationally lensing works.

The "Big Bang" is a cosmological model that describes the origin and evolution of the Universe. How did scientists come up with this theory? Why is it said that "the Universe is expanding"? Bastien Confino sheds light on the mysteries of the creation of the Universe. With Frédéric Courbin, professor at the Astrophysics Laboratory of the Swiss Federal Institute of Technology in Lausanne (EPFL). 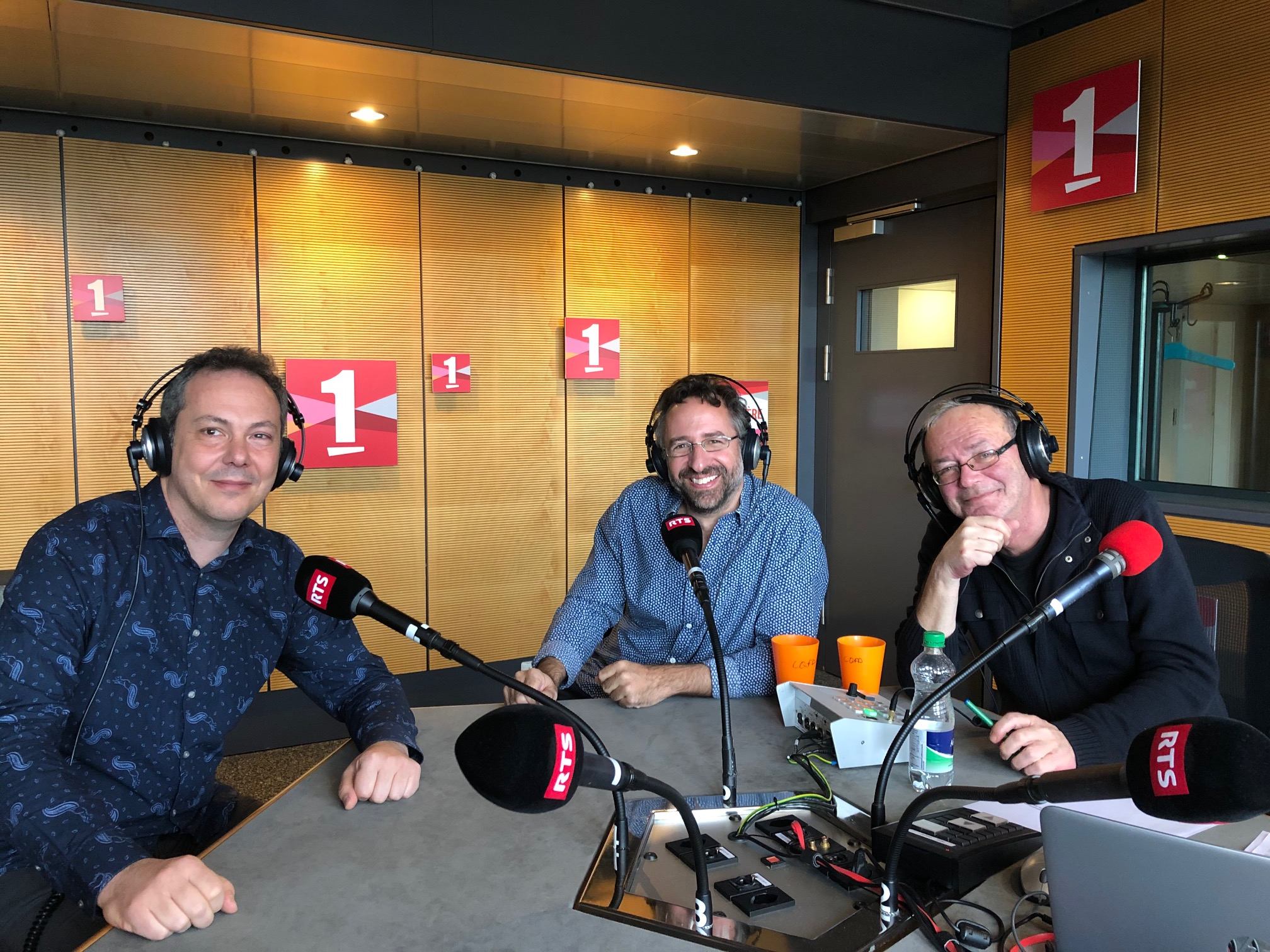 Between dark matter and dark energy, what do we really see of the Universe? Frédéric Courbin, professor at the Laboratory of Astrophysics of the EPFL, takes us through time and space to take stock of our perception of the world.

Excerpt from the 50th anniversary of the EPFL (Ecole Polytechnique Fédérale de Lausanne), an event held on 14 and 15 September 2019 live from Lausanne. 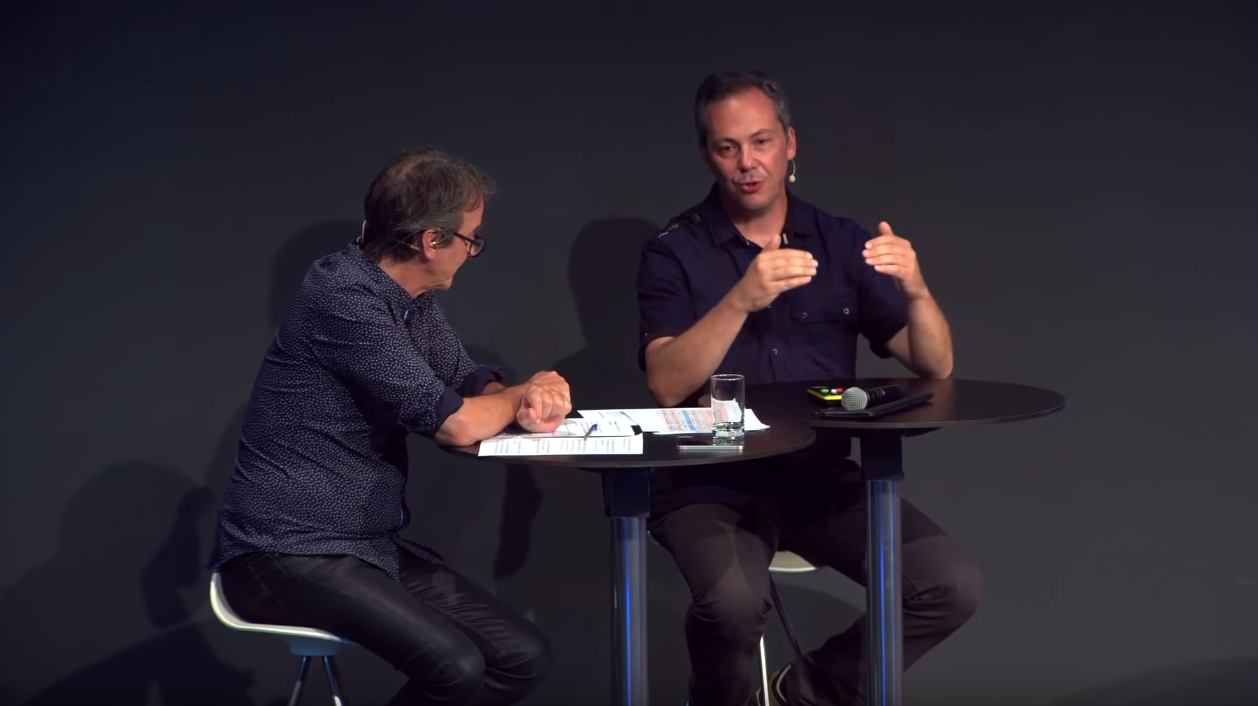 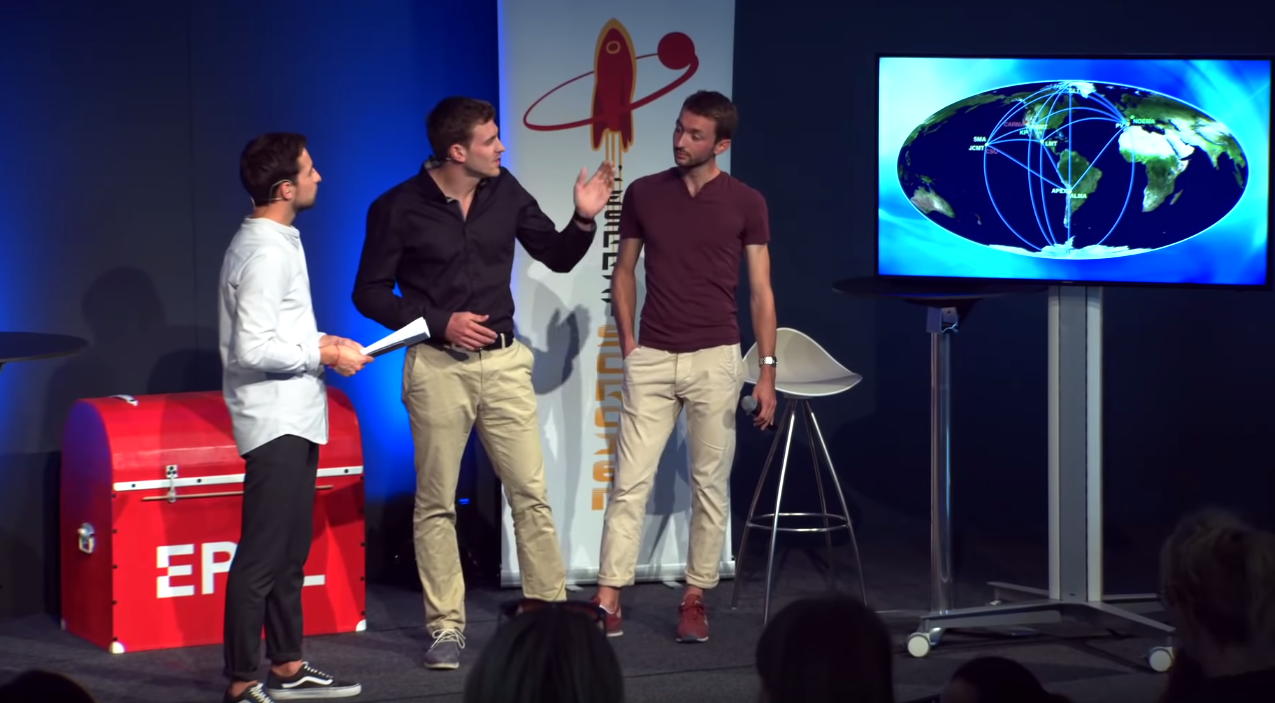 Popup text which is veeeery very long and tedious and also i don't know what else, but very long